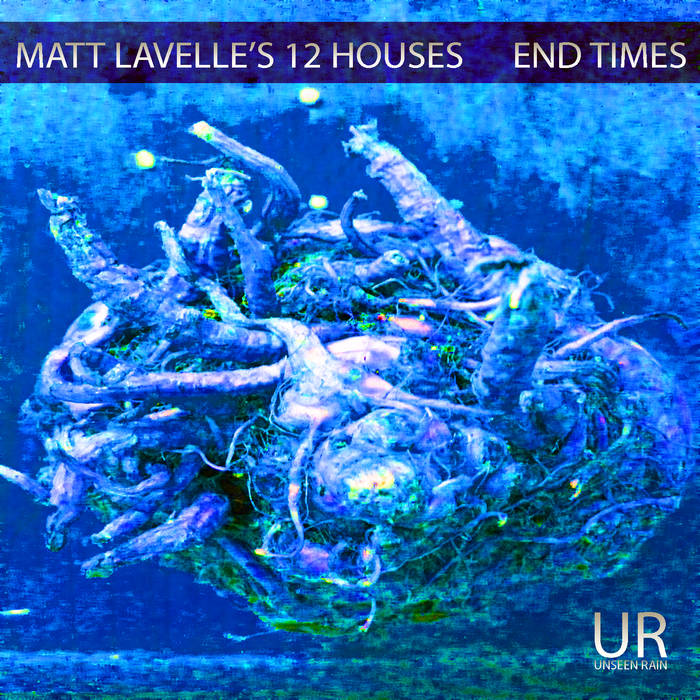 One of the signatures of the 12 Houses is that with the exception of the singularly unique voices of guitar players Jack DeSalvo and Anders Nilsson, very rarely is an instrument doubled. In fact, the only time this occurs is when we are joined by special friends like incomparable global citizen Nicole Johänntgen or shaman Ras Miguel who hails from the mountains of Puerto Rico. Each of the houses is an individual sound-color and story.

The seed for the creation go the 12 Houses was planted in a series of discussions I had with Ornette Coleman. In one important conversation, he pointed out to me that, instrumentation aside, what most traditional large ensembles were missing was a balance in male and female energy. I still am not aware of any large group in jazz history which has pursued this elemental balance. In another discussion, I recall wondering out loud, what it might be like to have a large ensemble in which you could hear every individual color at the same time. Ornette smiled when he said, “There’s only one way to find out.”

If we dare to enter the mind of God, we can wonder about what decisions were made in creating life as we know it in order for the human race to become itself. Seemingly, separation by gender and culture continues to be far more than we can handle. The 12 Houses are an attempt to musically begin to bring us all back together while celebrating each and every one of us. What if the balance Ornette spoke of could be achieved on a worldwide scale? Every piece on our second album is a concerto of sorts that celebrates a sound color that is entirely unique in the world. At the same time, each house is supported by all the other houses in the neighborhood. We’re all stronger together, and one day we just may tune the world.

OC DC BC was the first Harmelodic piece I ever composed. At the time I had three C’s in my life. Ornette, Daniel Carter and Bass Clarinet which I was passionate about at the time. Of all the musicians I’ve crossed paths with, I have always been in awe of Charles Waters relationship with music. Charles is the first serious composer I ever met, and I have never met anyone who hears and writes new music so prolifically. Besides his writing, Charles has been blowing his alto and clarinet on the front line in downtown NYC for a long time, and I thought OC DC BC could tap into his spirit. Jack DeSalvo is also featured with possibly the most scorched banjo solo in jazz history as he takes his banjo through the door he opened on our previous record Solidarity down into the heart of a volcano.

Bloodstreams is an unabashed attempt to hear every sound we have at one time together. Without a single unison, we all move forward each taking turns playing every note we have. The unison here is the method itself. At the center of all these cells moving downstream is my brother François Grillot and his bass. I was determined to place François in an environment he might never find himself in so he could explore in his unique way, and explore he does.

My portrait of Daniel Carter is an epic out blues celebrating my dear friend DC with Uranus in the 10th house. A true portrait of DC would be an improvisation with extreme dynamic contrasts and sweeping movements, but I’m one of the few people who has played his written work, and I wanted to tap into Daniel’s version of blues and swing. At the center of his deep radical nature lies one of the biggest hearts I have ever seen. This piece features the big tone and heart of brother Tim Stocker on the big horn, the Baritone saxophone. Tim has that emotional urgency and honesty that makes everything that much more real with a sound color that is all his own.

End Times is the second ballad I ever wrote trying to use wide intervals inspired again, by Daniel Carter using major sevenths in his improvisation. The song is a prayer with lyrics though we play it here as an instrumental. The prayer was and still is a call to the human race to try and become itself, written before 2012 as it seemed the world was collapsing around us. The world is in even more chaos now, so we better keep playing it. I have found myself many times telling people that when it comes to singers, there are some folks who are simply in possession of a gift from God. Anais Maviel is that kind of special person who I truly believe was born to sing, and I am in awe of her work on End Times. End Times also features cellist Gil Selinger who is a master at playing cello right at the intersection of the instrument's entire history. Another thing I love about Gil’s music is that he goes right to the emotional core of the cello, not an easy place to reach.

The next piece was designed to feature a true clarinetist, (who is also a true soprano sax player). Lee Odom, also known as Sweet Lee, is simply a joy to listen to, as she gives himself over to the moment completely every time she plays music. After she had played this piece several times I asked her what the title was, and she said: “It sounds like sleepy Harlem to me.” I knew then and there that was the title, as this piece belongs to her. Lee takes us from sleep into a deep dream state, into waking up, into everybody waking up, into..

The moment I received the first time message from the love of my life and future wife Sue Nyoni, I was composing the next piece. The music is about sunset and sunrise happening at the same time, the dual existence of day and night, and both birth and death. Sue (the music) is about an epic life change sitting on your doorstep waiting for you to exit your house. Nobody on Earth can escape transformation and evolution. Brother Anders Nilsson is featured on this piece. Anders' music is, in fact, everything that the piece is about, especially night music. Anders always reminds me in music that the creation of music is indeed a human experience. In Anders' music I’m reminded of the greater nature of the human being, and that we are far greater than what we appear to be. In Anders, I hear the present and the future, never the past.

Finally, we reach Darklight, a feature for Mary Cherney, a flute master. Long have I been obsessed with the flutes ability to live in such a unique sound world all their own. Dark Light is also a journey into my long time obsession with haunting dissonance. The still lake at night. The middle of a completely calm ocean. Alone on a mountain path. Darklight is also any place on Earth where there has never been any people and nature exists without us. The sound of trees growing. Mary takes us to all of these places with the center of her sound.

All music by Matt Lavelle

Bandcamp Daily  your guide to the world of Bandcamp